Home / Carpets and Rugs / Get to know more about heriz rugs 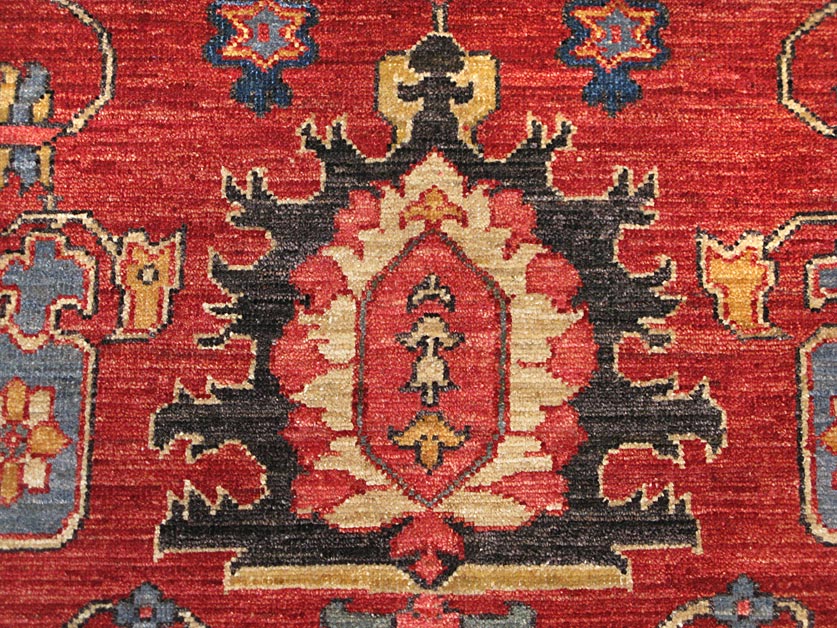 Get to know more about heriz rugs

Heriz is small village on the slopes of Mount Sabalan in Azerbaijan. These rugs, that are made there, are primarily hand woven. Heriz rugs are well known for the craft in terms of art on the rugs and the texture of the rug itself. They are also known to be extremely durable, long enough that they could be passed on from one generation to another. Authentic Heriz rugs are weaved from wool, although there have some rugs which are also found to be woven with silk. Among the oriental rugs, Heriz rugs are considered to be a prized possession.

Here are some of the major points on the Heriz rugs.

The most commonly used material for the Heriz rugs is wool, which is the wool sheared from the sheep from the villages around the slopes of Mount Sabalan. It is said the water from this mountain has a higher count in the amount of copper in water and due to the consumption of this water by everyone in that region, the wool from the sheep is found to have traces of copper which results in these high quality rugs.

Generally one could find the authentic Heriz rugs woven from wool, however, a difficult one to land on is an authentic Heriz rug woven from silk. Compared to the woolen rugs, these are much softer, and known for the intrinsic art of weaving. The silk Heriz rugs are usually listed in the antique collection lists and could cost a fortune. They are generally put on display for auctions by the collectors.

The authentic Heriz rugs are known to be coarse rugs. These rugs could vary in the number of knots count in the range from very coarse to coarse. In terms of numbers they are in the range of 20 knots to 120 knots per square inch.

The authentic and old Heriz rugs were generally dyed in vegetable dyes. The recent ones use the more conventional synthetic dyes. They are known to use bold colors. The most commonly found color is deep red and it is said that with age this color only improves the impact it creates. Usually they are found to use a mix of red with gold or cream, to give a good contrast. Blue is also another color of choice, but is not as common as the red.

The Heriz rugs are generally found to be available in these categories, room rugs, rug runners and area rugs. They are usually found to woven using wool, with cotton used as the foundation for the carpets.

In the west the Heriz rugs are a common addition in the buildings like the hotels and showrooms, where they are kept on display, with less trafficked place. It’s quite a rare addition in house, considering the price, however, the rug runner size could be commonly found in the houses.