Home / Carpets and Rugs / All about antique rugs 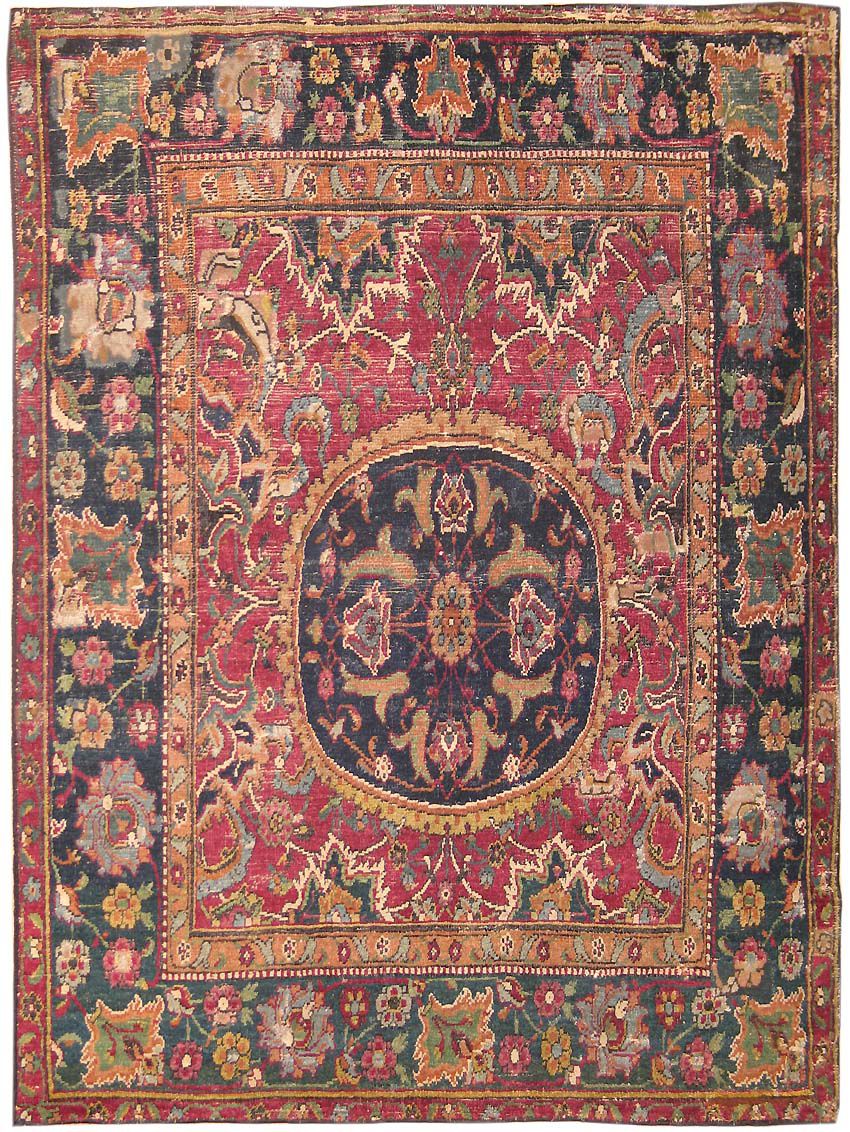 All about antique rugs

Rugs or carpets refer to a floor covering made of cloth, consisting of an upper raised surface or an upper layer of ‘pile’ that is attached to a backing. The terms ‘rugs’ and ‘carpets’ are usually used interchangeably, but sometimes they are differentiated. Some people call it carpet when it stretches from wall to wall, or covers the entire floor, and call it rug when it is smaller, and can be laid or removed easily.

The making of antique rugs

Antique rugs or oriental rugs as they are sometimes called, are heavy textile that can have an upper and lower layer, or just one layer. They are usually made of cotton, silk or wool. Antique rugs are normally woven on a loom by hand, and is dyed. The dyes used for this are derived from plant or insect sources. For example the yellow dyes used in traditional Turkish rugs are from various chamomile species, and onions.

Antique rugs are famous for their rich designs. Some of them have a curvilinear (‘floral’) design, whereas others have a rectilinear (‘geometric’) design. In some rugs, one basic design may cover the whole surface (‘all-over design’). One common antique rug design uses a ‘medallion’, or a symmetrical pattern at the centre of the rug. This pattern is then repeated at the four corners.

Antique rugs in the western world

Antique rugs began to fascinate the western world way back from the 11th century. They were considered as goods of luxury, and symbols of prestige and dignity. They were collected in museums and by private collectors, and became the subject for scientific research and analysis.

As early as the fourteenth century, the great adventurer and traveller Marco Polo wrote of the antique rugs that he had seen on his journeys. In the western European paintings from the 14th century onwards, antique rugs were regularly featured. They entered the public consciousness in the west when displayed in an exhibition that took place in 1891 in Vienna. Following the success of this, a second exhibition was held in London in 1892.

Antique rugs in the United States

Powered by WordPress | Designed by Tielabs
© Copyright 2020, All Rights Reserved