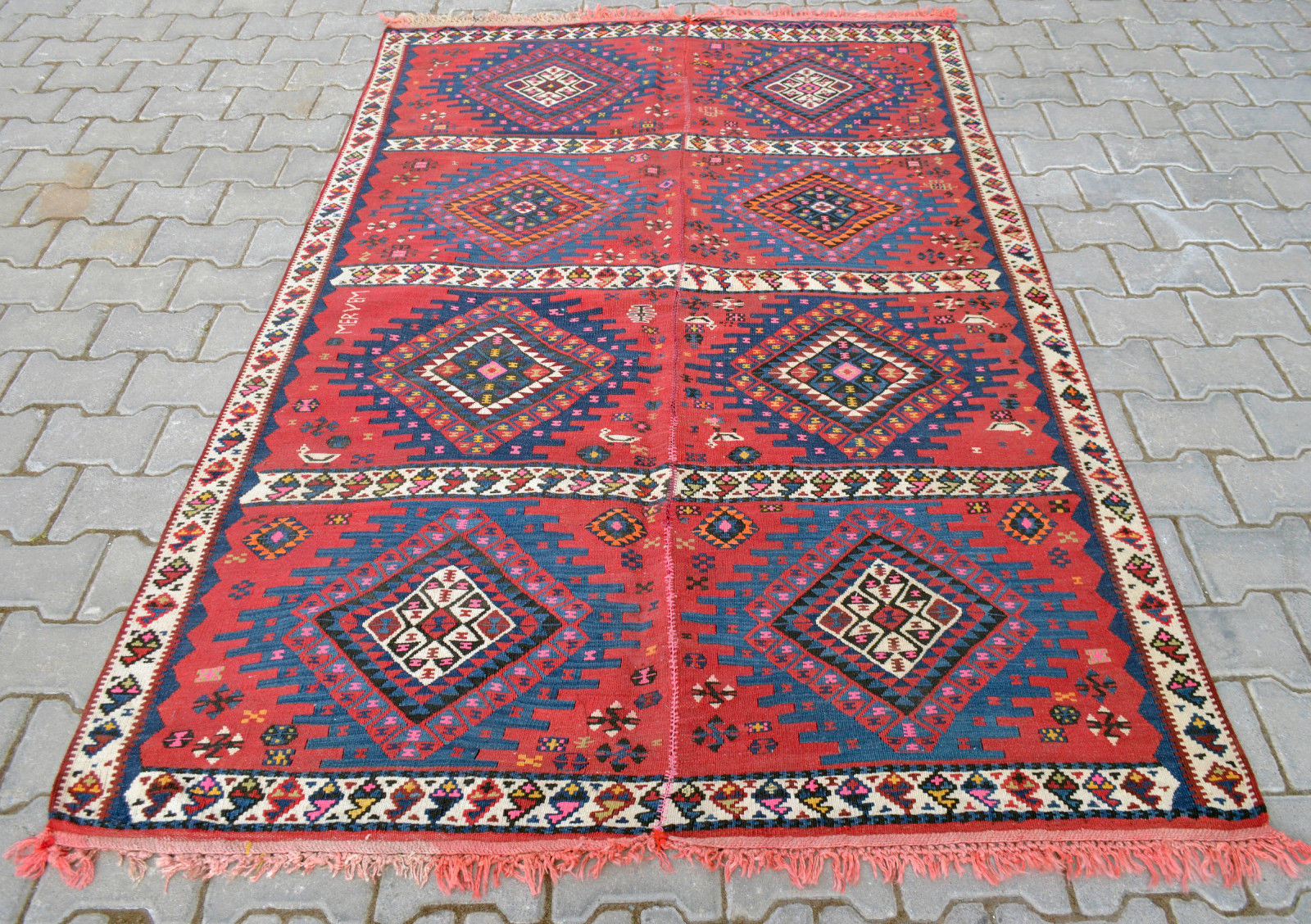 Believed to be used ever since the fourth century, Kilims are still used nowadays mostly in the western region households as floor coverings. There are many types of Kilims now developed in different parts of Persia, Europe and Turkey (Anatolian) out of which Anatolian is the best known Kilim of all time. Some of those rugs are Suzani kilim, Pirot kilim, Chiprovski Kilim, Manorial kilim and Zilu.

Kilims are made by carefully interweaving the warp and weft strands of the weave using tapestry techniques so that no pile is formed. As it is flat surfaced, it’s much less durable and cheaper than other rugs and carpets. There are many kinds of Kilims available on the market today with different designs and colors. In Kilims, when the end of a color line is reached, the weft yarn is turned back making straight vertical slits in between two colors, for this reason they also known as “slit woven” textiles.

Even though it was considered second to other carpets, Kilims were extensively collected and became popular in recent days. Kilims were usually bought my travelers as they were easy to carry around. They mainly used it as prayer rugs.

As said earlier Kilims are nowadays used in households but are just popular in the west. It is also the name given for some other brocaded and embroidered bags and mats. They use it mainly for decorative purposes and in some places they are still used as prayer rugs. As they have gained more popularity now compared to the earlier days, quality pieces now require higher prices.

They can be obtained in any shapes and sizes as one wants so it can be used for many purposes. It won’t be the best idea to use it as a carpet for the entire floor of a room, as it’s thin and have designs on it, whereas it will go great with a room when used as small mats in front of the sofa or under the table.

When a mat of the right color is used on a floor with a color that goes along with it, it can make the room very attractive. It can also be used as covers for furniture, like Sofa’s, chairs and tables. It is also a great option for people who like to cover their electronic appliances like Television, just make sure the design of kilim goes along with the color of the wall.