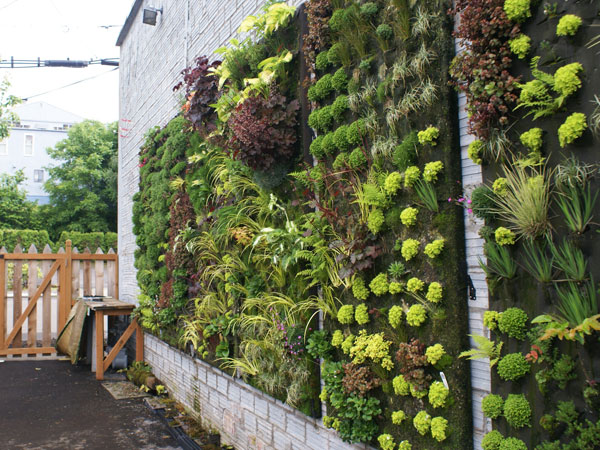 An overview of vertical garden

A vertical garden is said to be a wall that is completely or partially covered with a lot of greenery including a growing medium like soil. It is also called as a living wall or green wall. Most of the vertical gardens make use of an integrated system that delivers water to the greenery in order to fulfill its needs of moisture.

These gardens may be grown both indoors and outdoors and may be attached to an already existing wall or may be free standing as well. They may be grown in a number of different sizes. Having a vertical garden at your place can beautify the overall impression very much.

You can grow one in you house, office or restaurant. It greatly adds up to the over all look and appeal of the place and makes it more comforting and relaxing due to the greenery.

If you are interested in getting a vertical garden for your home, office or restaurant, you could either get it done by some professional gardeners or you could even do it your self if you have the basic knowledge of gardening. The procedure is pretty simple though. First of all you have to choose a wall.

If you have a wall that looks ugly, growing some greenery on it would not only cover for its ugliness but it would also beautify the place. So you could choose any wall and then build a frame to contain the soil. Then you have to plant some greenery and setup an irrigation system. That’s it.